Fishing for Macabi in Los Roques

ÔÇ£Opportunities are everywhere and so you must always let your hook be hanging. When you least expect it, a great fish will swim by.ÔÇØ 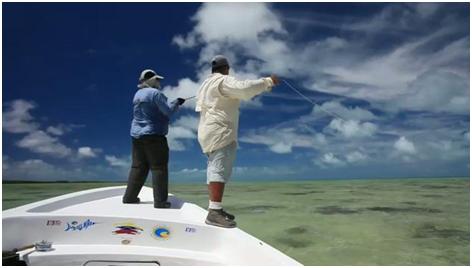 Los Roques is considered to be the number destination for bone fishing. Anglers donÔÇÖt need to wait for any particular season to plan a bone fishing excursion to Los Roques as it offers perfect conditions for fishing throughout the year. Every season is a fishing season in Los Roques. Los Roques was declared a national park in early 1970s which is why it has an extremely well preserved marine life and ecological system. Most of the islands of this magnificent archipelago are deserted which is why it is unlike other crowded tourist destinations of the Caribbean.

One of the main attractions of fishing in Los Roques is the Macabi which is also known as the Lady fish or the bone fish. A tropical region fish, the Macabi is commonly found in Florida, the Caribbean, and Central America. It prefers the temperature of seventy degrees to ninety degrees Fahrenheit. This tropical fish is also referred as the oceanÔÇÖs grey ghost. It is shiny silver in color and is extremely bony which is why it is also called bone fish. This strong and bony fish is very challenging to catch and usually puts up a good fight. It is the first choice of many people who are looking for excitement in fishing.

An average sized Macabi weighs between 5lb to 10lb. it is approximately nineteen to thirty on inches in length. Macabi of smaller size usually swim in shoals where as larger sized Macabi prefer to swim alone.

The specie of Macabi found in Los Roques is of larger size then the ones found in other areas. A Los Roques Macabi usually weighs around eight to twelve pounds. The great thing about bone fishing in Los Roques is that the fish are not only bigger in size but also found in large quantities.

The ideal places to fish for Macabi in Los Roques are the flats and the shoals. The shoals of this amazing archipelago are firm and of large sizes. Shoals of every kind are found in Los Roques ranging from white sand, coral, to herb bottom. The wonderful ecological system and the many keys and deep channels of Los Roques make this area a great destination for bone fishing.